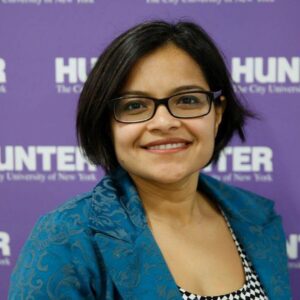 is a tenured faculty of Theatre at Hunter College CUNY  where she enjoys teaching a diverse student body. She received her undergraduate degrees from University of Madras and National Institute of Fashion Technology before moving to the US for her MFA in Costume Design from Florida State University. Currently she is writing her dissertation on masked dances of South Asia at CUNY Graduate Center. Her costume design for Butoh Medea and Hide Your Fires received the Best Costume Design award at United Solo in 2014 and 2017 respectively. Her designs have been seen recently at Barnard College, Mabou Mines, Rattlestick Playwrights Theatre, Women’s Project, New York Musical Festival, Drive East, United Solo, Pan Asia Repertory, and Capital Fringe.

She researches costumes and masks for Indian performance and has received notable grants for this work. Her presentations have been seen at conferences including USITT, Costume  Society of America, ASTR, AAP, and the Rubin Museum of Art in New York City. She has published articles on Indian and Asian theatre and Indian fashion. Her essay “Ahariya Aesthetics” on Indian dance costumes won the USITT’s Herbert D. Greggs Honor Award in 2021. Since 2017 she has served as the dance director for Indo-American Arts Council’s Erasing Borders Dance Festival bringing international dancers to the New York stage. 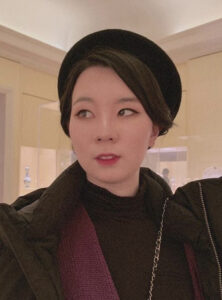 is a Ph.D. Student in Theatre and Performance Program at the Graduate Center CUNY. Her research explores how haunting images of eroticism and the grotesque reveal desire and anxiety in contemporary East Asian theatre and performances. As a graduate teaching fellow, she teaches theatre at the City College of New York. When in South Korea, she pursues her study in Pansori. 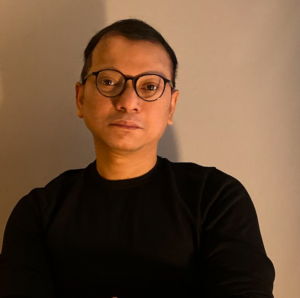 is a Ph.D. Student in Theatre and Performance Program at the Graduate Center CUNY. Based between Yogyakarta and New York City, he is currently working on his research, focusing on embodied knowledge production and transmission in performing Indonesian citizenship. He is also a theatre maker, playwright and researcher, and one of the Asian Cultural Council/ ACC Graduate Fellows. 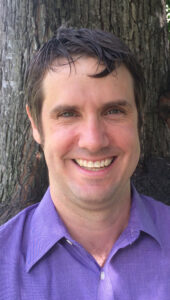 is a writer, director, teacher and scholar originally from south Louisiana.  His plays have been produced or developed both in New York City and throughout the U.S. and Canada, and published by Original Works and Words of Choice.  As a producer and director in NYC, he has created work for stages in three boroughs, including several years of community programming.  As a scholar, he has or will soon present his work throughout the United States.  Amongst his awards are the Theater Masters Visionary Playwright Award, the Gloria Ann Barnell Peter Award, a Fellowship with the Target Margin Institute, a Residency with America-in-Play, and the John Golden Playwriting Prize.   He earned his MFA in Dramatic Writing from NYU, which he attended as a Rita and Burton Goldberg Fellow, and is currently pursuing a PhD in Theatre and Performance Studies with the CUNY Graduate Center.