Methods and Materiality in Theatre and Performance Studies

PH.D. PROGRAM IN THEATRE AND PERFORMANCE
THE GRADUATE CENTER, THE CITY UNIVERSITY OF NEW YORK

The multiple potential meanings of “object” within theatre and performance studies point to questions about the relationship between knowledge and materiality. With this conference, we issue a challenge to the common understanding of scholarly work as focused on an “object of study.” We seek to destabilize the terms “object” and “study” to explore how the ways in which we conceive of objects and materiality might influence the framework of our discipline. Are we, as scholars, engaging in acts of objectification? How do the objects also act upon us?

Through working sessions with Katherine Behar (Baruch, CUNY), Maaike Bleeker (Utrecht), Rebecca Schneider (Brown), and Soyoung Yoon (New School), we invite participants to reflect on the assumptions, connections, slippages, tensions, and politics implicit in both senses of the “object”—as thing and as focus of study—and to consider the implications of new materialist, post-human, and object-oriented thought within and on the field of theatre and performance studies itself. Does our relationship to performance change when the nonhuman performs? How might it lead us to productively re-think our field and reflexively transform our study practice? What methods and ideas might help us to complicate and explore the relationship between objects and knowledge in theatre and performance studies? If the conception of the object shifts, what can be known?

Emerging from a radical reconsideration of objects, both in performance and as the focus of research, we will interrogate the following concerns (also see References): 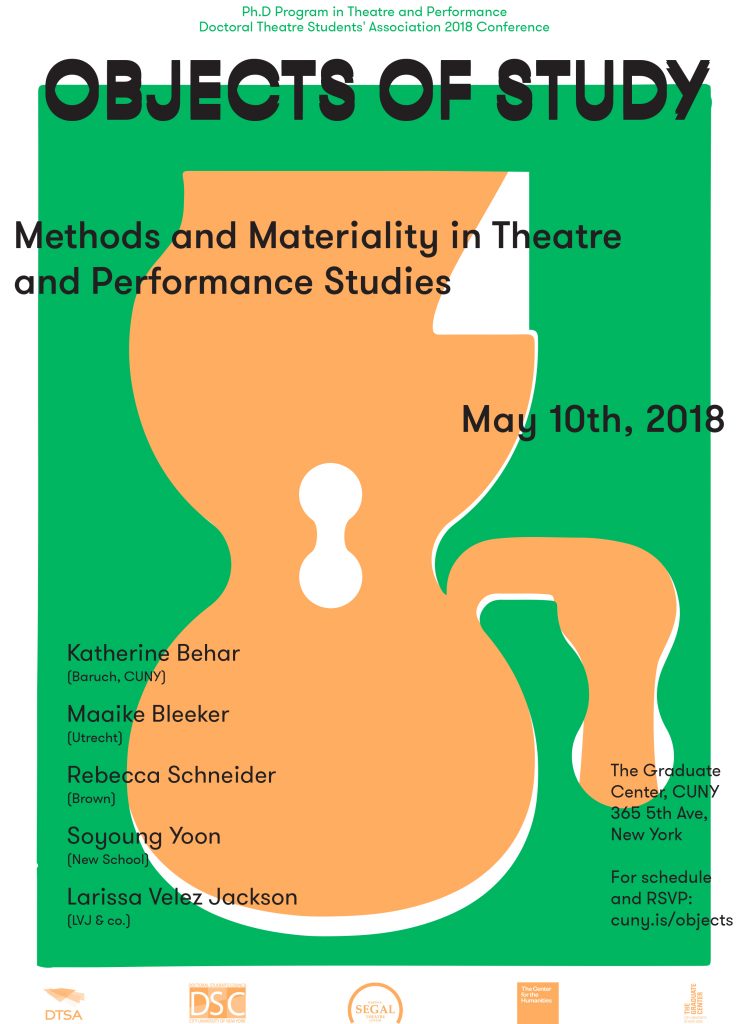