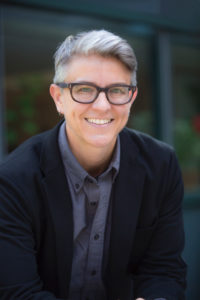 Sarah Bay-Cheng is Chair and Professor of Theater and Dance at Bowdoin College, where she teaches theater history and theory, dramatic literature, and digital media performance.  Her research focuses on the intersections between performance and media including histories of cinema, social media, and computer technology in contemporary performance. Recent publications include Performance and Media: Taxonomies for a Changing Field and Mapping Intermediality in Performance. In 2015, she was a Fulbright Visiting Scholar in the Department of Media and Cultural Studies at Utrecht University in the Netherlands. Bay-Cheng can be heard monthly as a co-host for the podcast, On TAP. Her current book project is Digital Historiography and Performance. This summer, she will assume a new position as Dean of the School of Arts, Media, Performance and Design at York University in Toronto, Canada.

Edward D. Miller received his PhD from NYU’s Department of Performance Studies in 1998. He was hired by the Department of Performing and Creative Arts at CUNY’s College of Staten Island. Soon after he became the first Chair of the Department of Media Culture. He co-curates the College’s art gallery this academic year; his current exhibition is entitled Playthings and Performing Objects. At the Graduate Center, he is the Coordinator of the Film Studies Certificate Program and a former Fellow at the Center for the Humanities and the Center for Place, Culture, and Politics.

Miller’s output is decidedly multimodal as well as multifocal. He is the author of the books Emergency Broadcasting and 1930s American Radio and Tomboys, Pretty Boys, and Outspoken Women: 1973 Media Revolution. His creative work appears online in numerous publications, most recently in The Esthetic Apostle. His writing is also present in print journals, including the forthcoming Queer Issue of Curating Alexandria. He is a Contributing Editorial Associate for Coldnoon: International Journal of Travel Writing and Travelling Cultures. A book of his poems, The Rock in the Middle of the Road, is forthcoming. Miller’s research on the ontology of the object in the writings of Pierre Schaeffer and John Cage is in progress.